There are always new and exciting things happening at Disney World. Here are some things we are looking forward to this month. 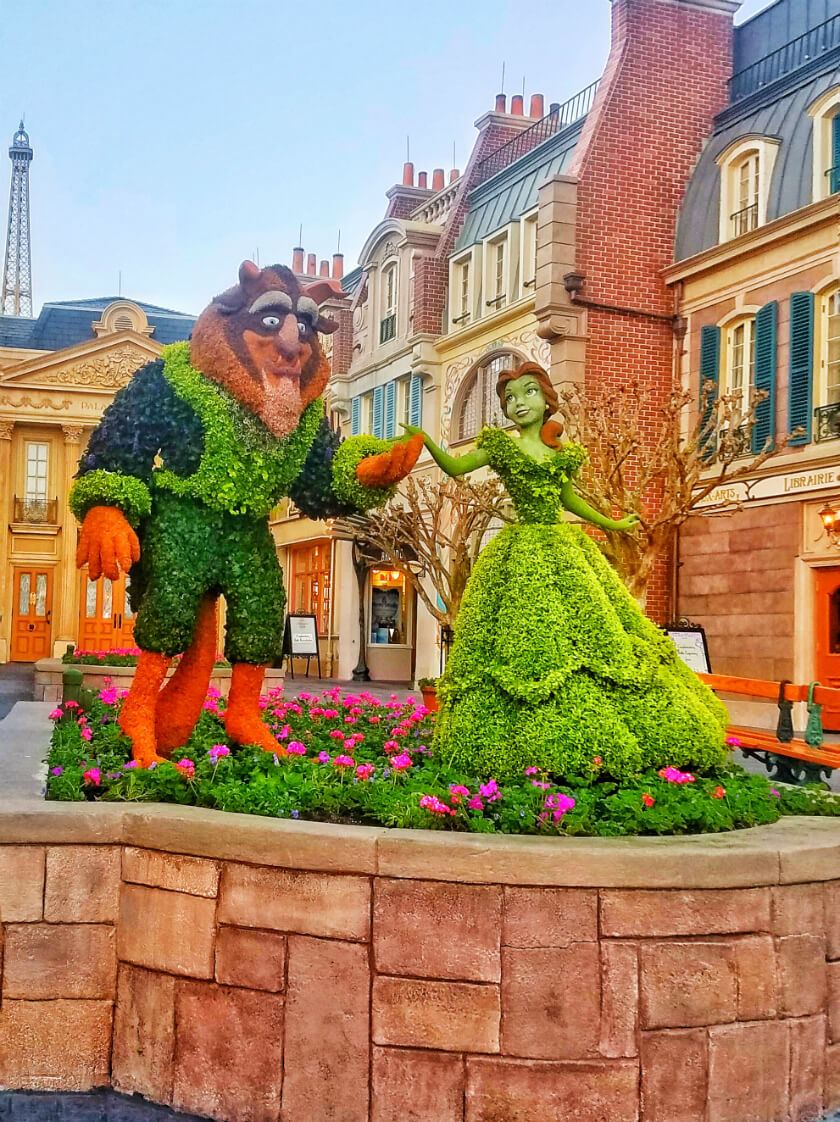 Beauty and the Beast Topiary

This is the last month of the Epcot Flower and Garden Festival. If you haven’t gotten chance to check out it out this year, you still have all month. It ends May 28th. 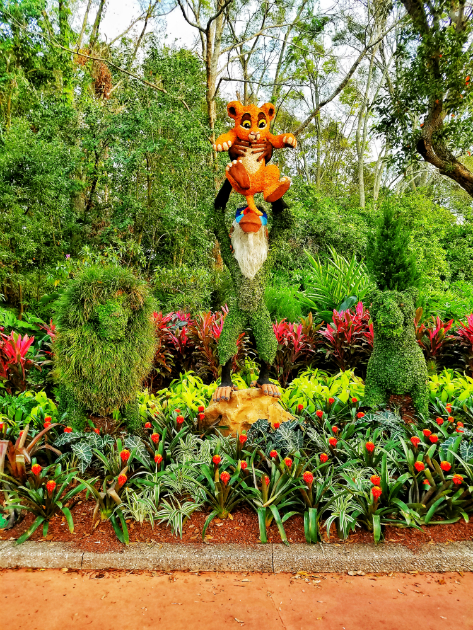 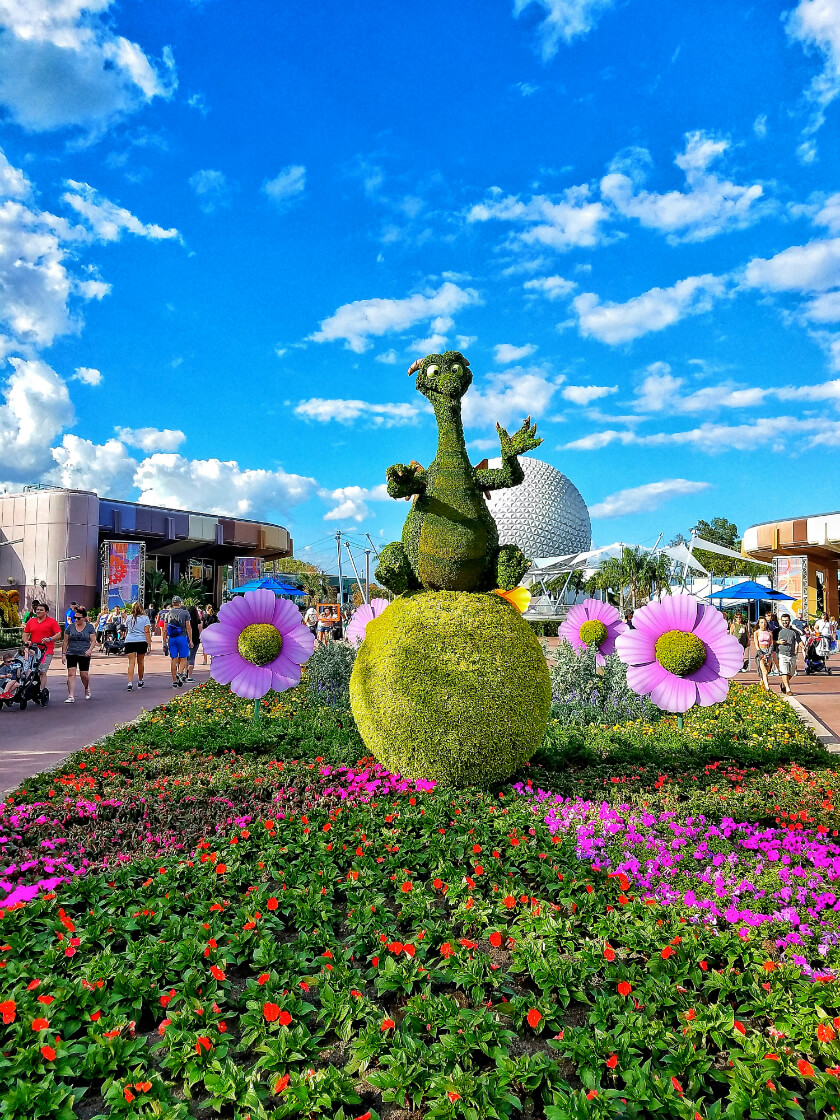 Some of our favorite foods include the La Vie en Rose Frozen Slushy and Chocolate Macaron Lollipop from Fleur de Lys (France), and the Key Lime Tart from Florida Fresh.

The Local Wildflower Honey-Mascarpone Cheesecake from Honey Bee-stro is one of our favorite desserts, not just of the festival, but in general. Do not miss it. 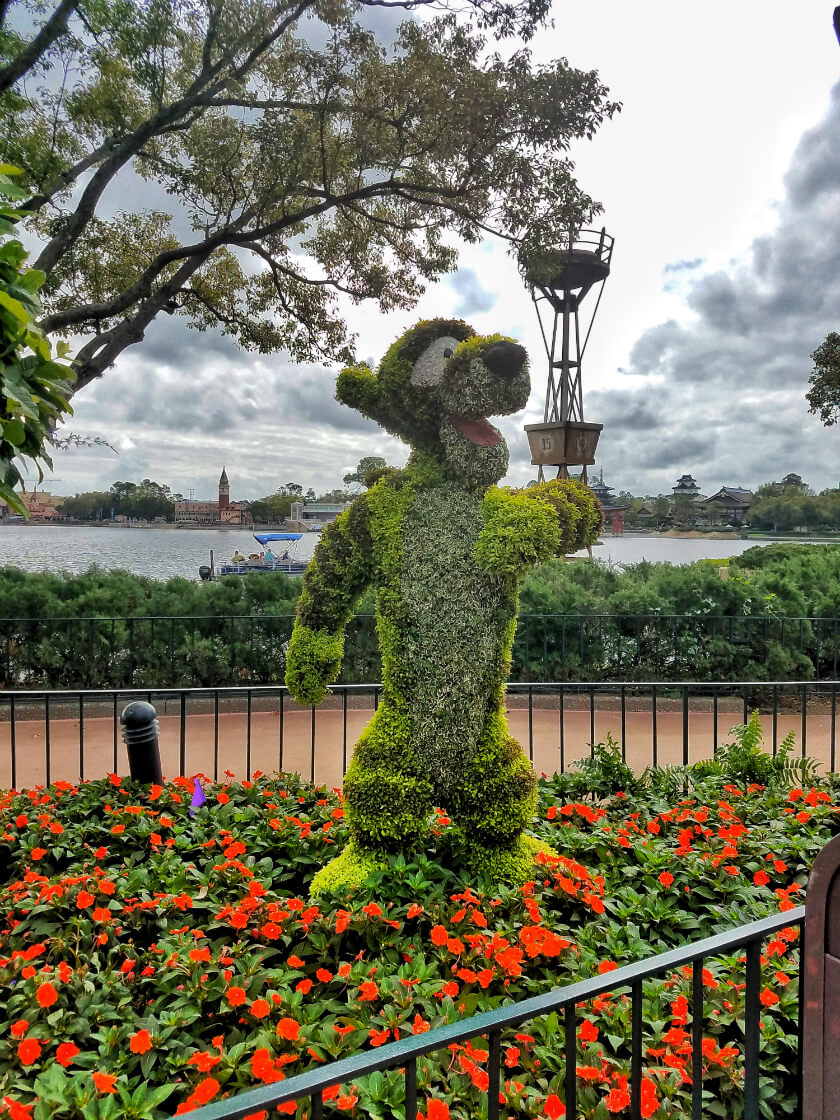 Be sure to check out the Disney topiaries. They are always a hit. As are the themed gardens, including a butterfly garden. 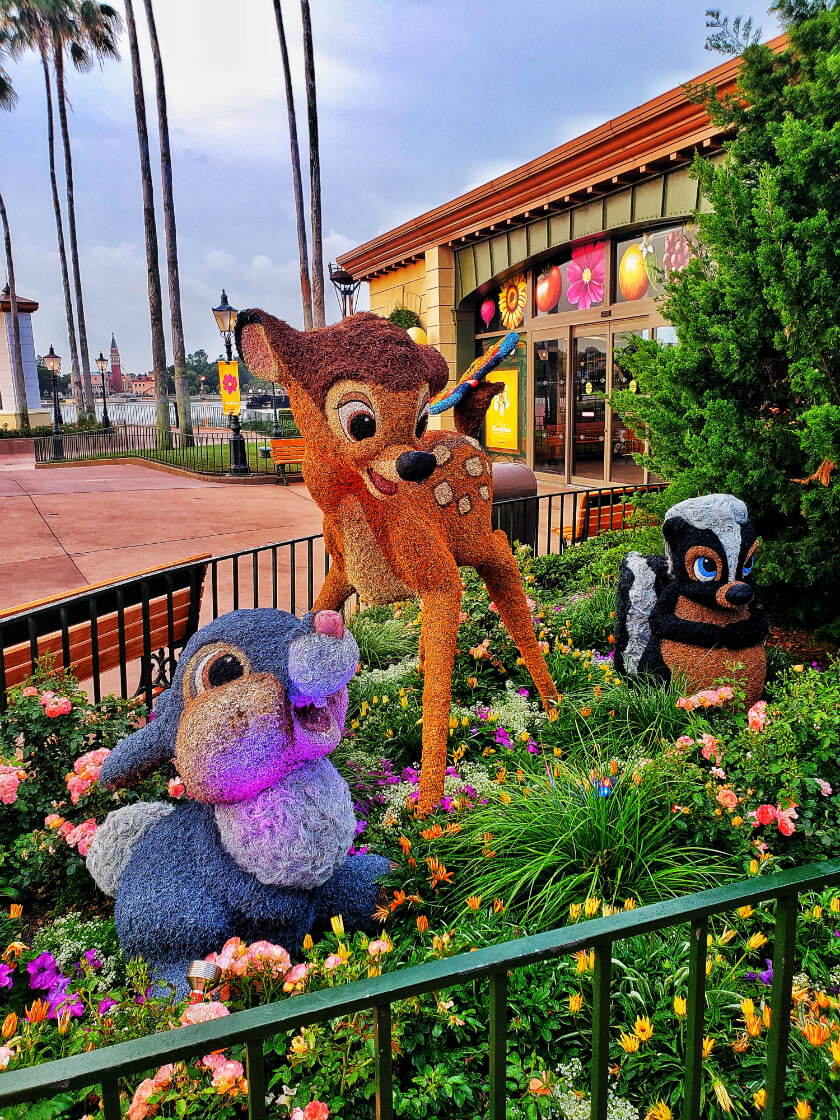 The Magic Kingdom gets in on the Pixar fun happening throughout Disney this summer with an overlay to part of Tomorrowland featuring character interactions, and a dance party. This new experience continues all summer.

DinoLand USA in the Animal Kingdom is getting a permanent new character dance party. Here you’ll get to hang out with Donald, Goody, Pluto, Launchpad McQuack, and Chip ‘n Dale.

Star Wars Galactic Nights will be held this year on May 27th from 7pm – midnight at Hollywood Studios. (For why it is plural, since there is only one, you’ll have to ask Disney.)

Instead a limited number of tickets are sold, and you must have a separately purchased ticket to go to the park that night. Tickets are $129 + tax and available here.

There will be special character encounters (including, among others Rey, Darth Vader, Captain Phasma, and Storm Troopers), photo opportunities, entertainment, merchandise, and specialty food and drinks.

Even Tower of Terror will be transformed by projections to feature scenes from your favorite Star Wars movies.

Many of the rides at Hollywood Studios will be open during the party, but with a Star Wars overlay. And shorter lines.

Disney Nerd Tip (DNT): Check out the map and times guide at the very beginning of the night to build a game plan and take advantage of all the offerings during the limited party time

There will also be a panel on the new land coming to Hollywood Studios – Star Wars: Galaxy’s Edge, a Q & A on the new Solo movie, and even a scavenger hunt.

Jedi Training, where young padwans (ages 4-12) get to don Jedi robes, and engage in lightsaber battles, a regular occurrence at Hollywood Studios, will also happen during the party.

Kids aren’t the only ones who get to dress up. Unlike during regular park days, costumes are allowed during parties. Check the guidelines here. 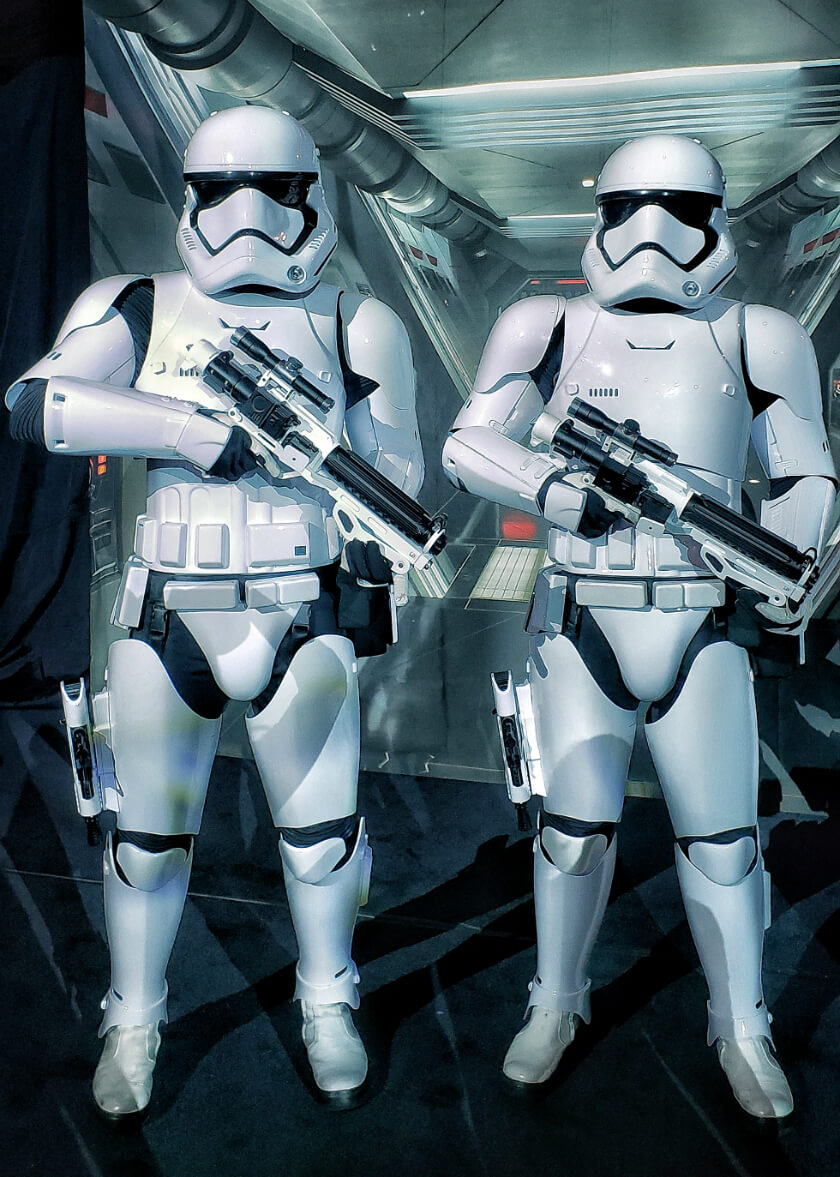 New Merchandise to Check Out (various)

(Since there is always fun, new merchandise to check out at Disney, we’ve included some new/notable releases. Follow along on Instagram and Twitter for more updates.)

Disney Style, a new store in Disney Springs West Side, has opened with new apparel and accessories inspired by the parks and characters. These seem to be more trendy pieces than found in other shops.

The Dress Shop at Cherry Tree Lane in Disney Springs carries vintage style skirts, sweaters, accessories, and, of course, dresses. They have brand new styles fit for a spring queen.

New Food To Try (all month)

(Since food menus at Disney change all the time with no notice, we’ve included some new/noteable releases that should be tried soon before they disappear. Follow along on Instagram and Twitter for more updates.) 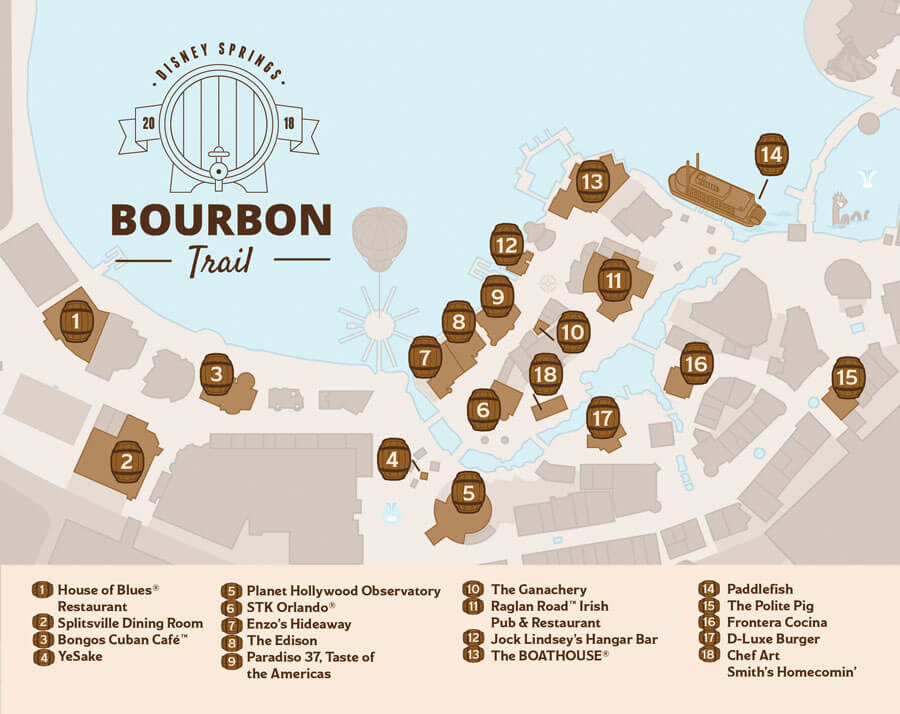 If you are a fan of bourbon, don’t miss out on the Bourbon Trail at Disney Springs. Bourbon inspired drinks and food pairings will be available throughout Disney Springs.

Dawa Bar in Animal Kingdom’s Africa now has a rum cocktail made with Tusker House’s famous Jungle Juice. For those unfamiliar, Jungle Juice is a delicious combo of orange, guava, and passion fruit juices. We can’t wait to try this new cocktail.

You can now meet Daisy Duck, in additon to Minnie, Goody, and Donald, at Minnie’s Beach Bash, a character breakfast at Cape May Café in the Beach Club Resort.

If Millennium Pink is your thing, there are now new foods in that lovely hue. Cupcakes, desserts, milkshakes, and even champagne can be found throughout the parks and resorts.

Contempo Café, the quick service restaurant on the concourse level (where you watch the monorail go by above) of the Contemporary Resort, has a new monorail cupcake. Fair warning they got rid of the most amazing beef brisket grilled cheese. If you have any pull with Disney, please tell them to bring it back.

D-Luxe Burger, a quick-service restaurant in Disney Springs known for delicious burgers that some say are the best on property, has a new secret menu. The new secret menu currently has a black and blue burger, chicken nuggets, BLT, onion rings, and grilled cheese. You can find the secret menu in the Mobile Ordering section of the My Disney Experience app, but you can also order from it at the counter, just don’t expect to see it published or it wouldn’t be very secret.

Refurbishments and other Attraction News (various)

No one wants to get excited for an attraction or restaurant only to find it closed when you are there.

There won’t be any boat service to Hollywood Studios from Epcot or the Epcot area resorts (Yacht and Beach Cub, Boardwalk Inn, and Swan and Dolphin ) beginning May 7th. Bus service will be provided instead. It’s not clear yet whether you can still walk, but I wouldn’t count on it.  No end date has been provided either.

In good news, the Stave Church Gallery in Epcot’s Norway has a new exhibit. What once housed a display about Frozen, now has a celebration of the Viking gods and goddesses with authentic artifacts. And yes this includes Thor and Loki, of Avengers infamy. 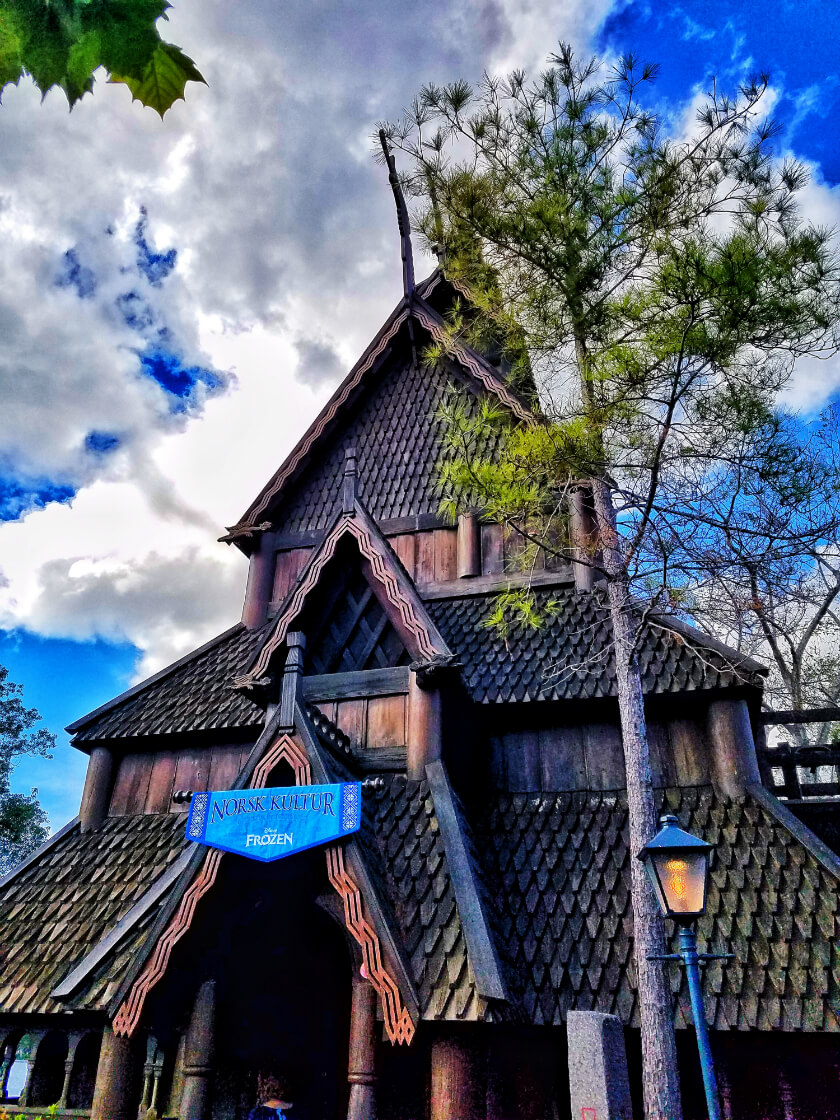 Disney likes to keep us on our toes and coming back, so don’t be surprised if there is more new things announced throughout the month. We will be keeping you updated on Twitter and Facebook.

Will you be heading to Disney World this month? What are you most looking forward to? Leave a comment and let us know.