Have you been to Disney and seen people in running gear with medals? Or overheard someone talk about running a race at Disney? If you are asking yourself what is going on or what is runDisney, then you’ve come to the right place.

I finished my third runDisney race recently. And they have all been a complete blast.

Before you think, you must be an insane runner to think that a race is fun. A) I am so not a runner, and B) everyone was having a blast.

This post covers the runDisney basics, so you can decide if a runDisney race is for you.

So, What is runDisney?

In short, runDisney is the name the part of Disney that organizes running races. These special races feature behind the scenes views, parks after hours, and of course Disney characters. 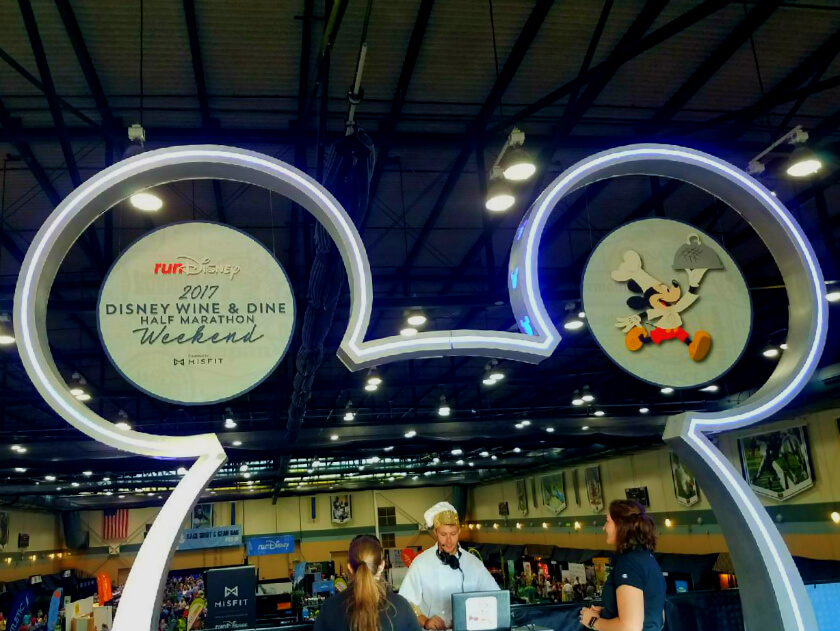 runDisney races happen in Disney World and Disneyland Paris. Disney World has several race weekends throughout the year. But Disney isn’t masochistic, so there are no runs in the Florida summer heat.

And all you Disney cruisers, you lucky devils, who are headed to the Caribbean, can participate in the Castaway Cay 5k.

Unfortunately for west coasters, Disneyland recently had the last of its runDisney races for the foreseeable future. All future California races have been cancelled indefinitely.

As per usual, Disney has not been super forthcoming with the reasons behind this, but one can assume it is a combination of logistics (there isn’t as much room to run in Anaheim as at Disney World), construction (hello Star Wars Land, new hotel, and parking structure), and local politics (I’ll leave that discussion to the experts).

Running Through the Parks?

Yes, all of the races go through the parks.

At Disney World, which park you run through depends on the length of the race you run and changes by weekend. But no matter what, you will be running through at least one park for at least some of the race.

For example, the recent 10ks have gone through Epcot and/or Hollywood Studios. And this year, the Food and Wine 5k went through Animal Kingdom.

DNT: runDisney races give you an opportunity to run (and not just from ride to ride) through the parks before the parks open

The Runs are Themed?

Yes and no. The Paris weekend is not themed beyond general Disney magic. Same with the Disney World Marathon Weekend. However, the 3 other race weekends at Disney World are – Food and Wine (in November, during the Epcot Food and Wine Festival naturally), Princess (in February), and Star Wars (in April).

And each finisher gets a themed medal. And each race length has its own special medal. Those that complete more than one race in a weekend get another medal, as well. 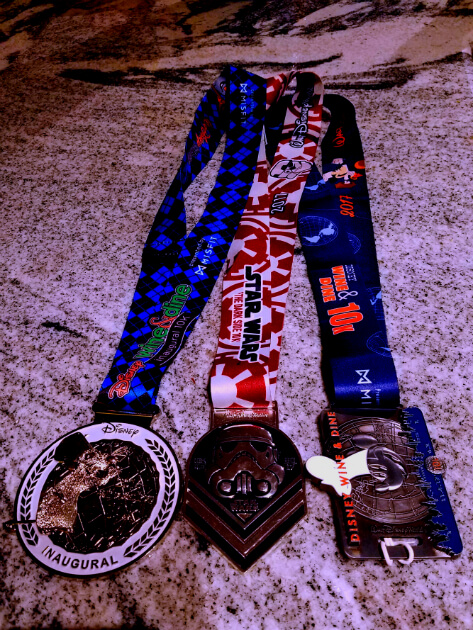 How Far Do I Have to Run?

Fret not, there is a runDisney race for every kind of runner. Each weekend there is a 5k, 10k, and half marathon. And there are challenges involving running more than one race a weekend. There is even a challenge (and accompanying special medal) for running every race in a weekend. And once a year during the Disney World Marathon weekend there is, well, a ,marathon. 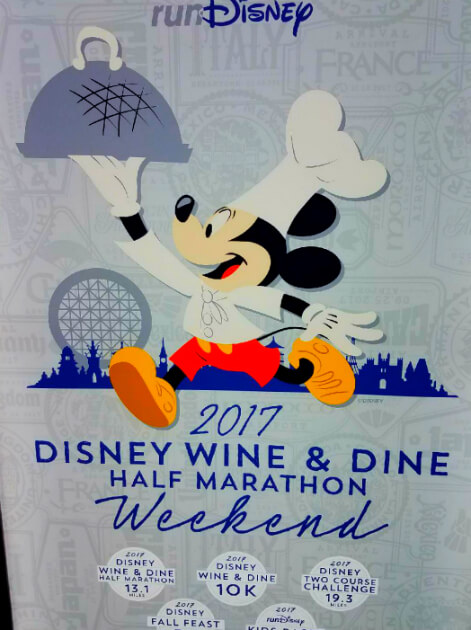 So Many Race Options

There are also fun runs for the kiddos.

DNT: There are a variety of race lengths available during runDisney weekends

Join the club. I am definitely not a runner. I only started running because I had to in order to get some exercise in while working crazy hours. I still don’t like it. And fast I am not.

But runDisney races are perfect for that. As discussed above, there are a variety of lengths.  So you can find a race that works for you. 10k is plenty for me (and its on a Saturday to boot).

And these are definitely fun runs. The minimum pace is a 16-minute mile. People of all ages participate in the races. During my first race, an 80-year-old great-grandmother was walking with her granddaughters. If she can do it so can you.

And if you are worried about running straight through, these are still the races for you. Each of the races has opportunities for character meets, not to mention plenty of photo ops in the parks. If stopping and starting is for you, these are the races are too.

DNT: Anyone can do a runDisney race, even non-runners

Did You Say Characters?

You read that right; there are character meet and greets during runDisney races. And not just during, but before and after.

Some are common characters. Before and after the Wine and Dine 10k this year, you could meet Mickey, Minnie, Donald, Goofy, and Chip and Dale. There was a bit of a unique element because you got to meet Mickey and Minnie together. And at the end of the morning, before they headed in, Donald and Goofy were meeting people together. 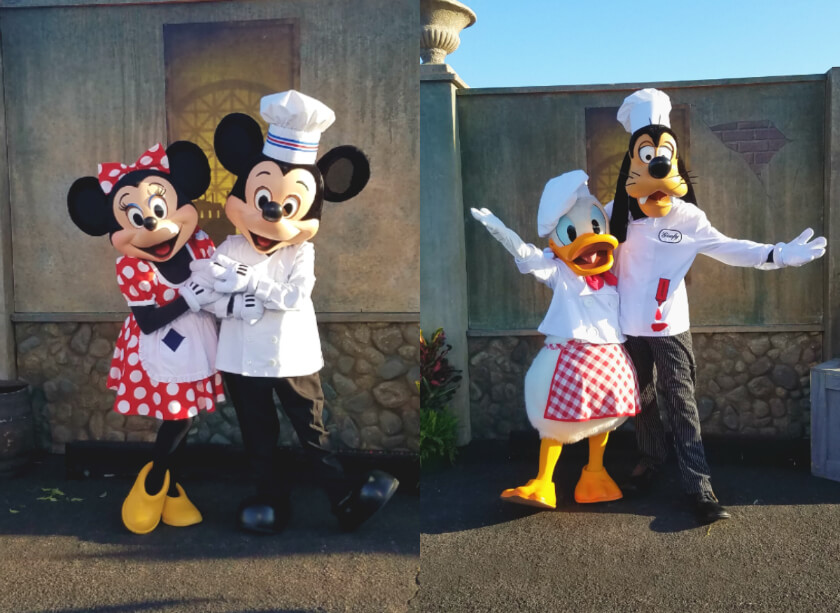 Throughout the course though there are often much more unique characters. This year I met Oswald (I hear it was his first east coast appearance) and Genie has been at the 10k for the last 2 years. 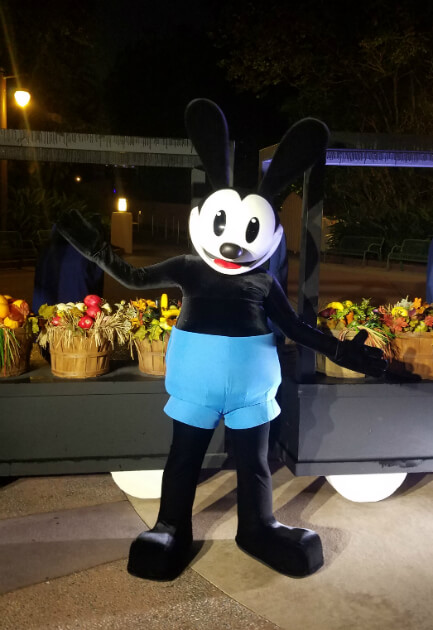 There are Photopass photographers to take your pictures and, as usual at Disney, a castmember to take photos with your own camera or phone if you like. The photos are linked to your bib number, so no need to have a Magicband with you.

DNT: runDisney races are a great opportunity to see characters that aren’t usually around

I am a Runner, What About Me?

Have no fear corral A is here. Racers are separated into corrals based on pace time. So if you want to set a personal record, you can easily do that at runDisney races.

Do I Need a Park Ticket?

No, you don’t need a park ticket. Running through the park is included in your race admission. But, sadly this doesn’t include riding any rides. The races are all before the parks open and you are very well guided, so no going off the beaten path.

DNT: Park tickets are not required for runDisney races

The most important thing to know about runDisney races is that they are a blast. Whether you are a seasoned runner, a newbie, a walker, or somewhere in between, you will have fun at runDisney races.

Have you gotten to do a runDisney race, or are you planning on doing one? Leave a comment and let us all know. As always, if you have any questions, leave a comment or send me an email. Follow along with more adventures on Twitter and Instagram.

13 thoughts on “runDisney – the Basics”